I Can't Get Started Transcription

To showcase my new signature model SYOS alto mouthpiece and Signature Custom alto sax, I posted a short improvisation around the classic standard 'I Can't Get Started'. This is a reference to the forward-thinking Paul Bley piano solo entitled 'Started' and as such some of my old and new systems are combined here.


The introduction uses Olivier Messiaen's third mode, a nine note scale which comprises of 1,2,3 of the minor scale, played three times, a major third higher each time. This affords many rich possibilities of combining major and minor 7th and half-diminished arpeggios within that triple tonic axis. John Coltrane uses some similar constructions in his 'I Want To Talk About You' cadenza and later on in 'Interstellar Space'. The scale here is A,B,C,C#,D#,E,F,G,Ab.

When the theme arrives, the 'I Can't Get Started' tonic chord A major seven is formed from the centre of a sharpened 23rd Chord with an implied G root, although the G is never heard. The rest of the chord is stated in the solo: (G), B, D, F, A, C#, E, G#, B#, D#, F#, A#. The idea behind the 23rd chord is to stack thirds until all twelve notes have been used. The A major here actually is drawn from the middle of the chord, allowing a different light to be shone on it from above and below.

At the point in the standard sequence (bar 3) where the beboppers put their string of descending II-Vs, I did start on the G# minor (alto key), but played right through the Negative Harmony plagal cycle of minors, resolving on F minor as if it was an altered dominant, back to A major.

The SYOS mouthpiece (my own Signature) and the Signature Custom horn work really well together. The sound has a lot of flexibility and homogeneity across the range, as you can hear. It is incredibly easy to float out the top A# in the 23rd chord, and even the fourth register C#, E and G# at the end of the solo. I am very grateful to both companies, one in Paris and one in Kent, England for giving me the opportunity to create this splendid 'entente cordiale'. 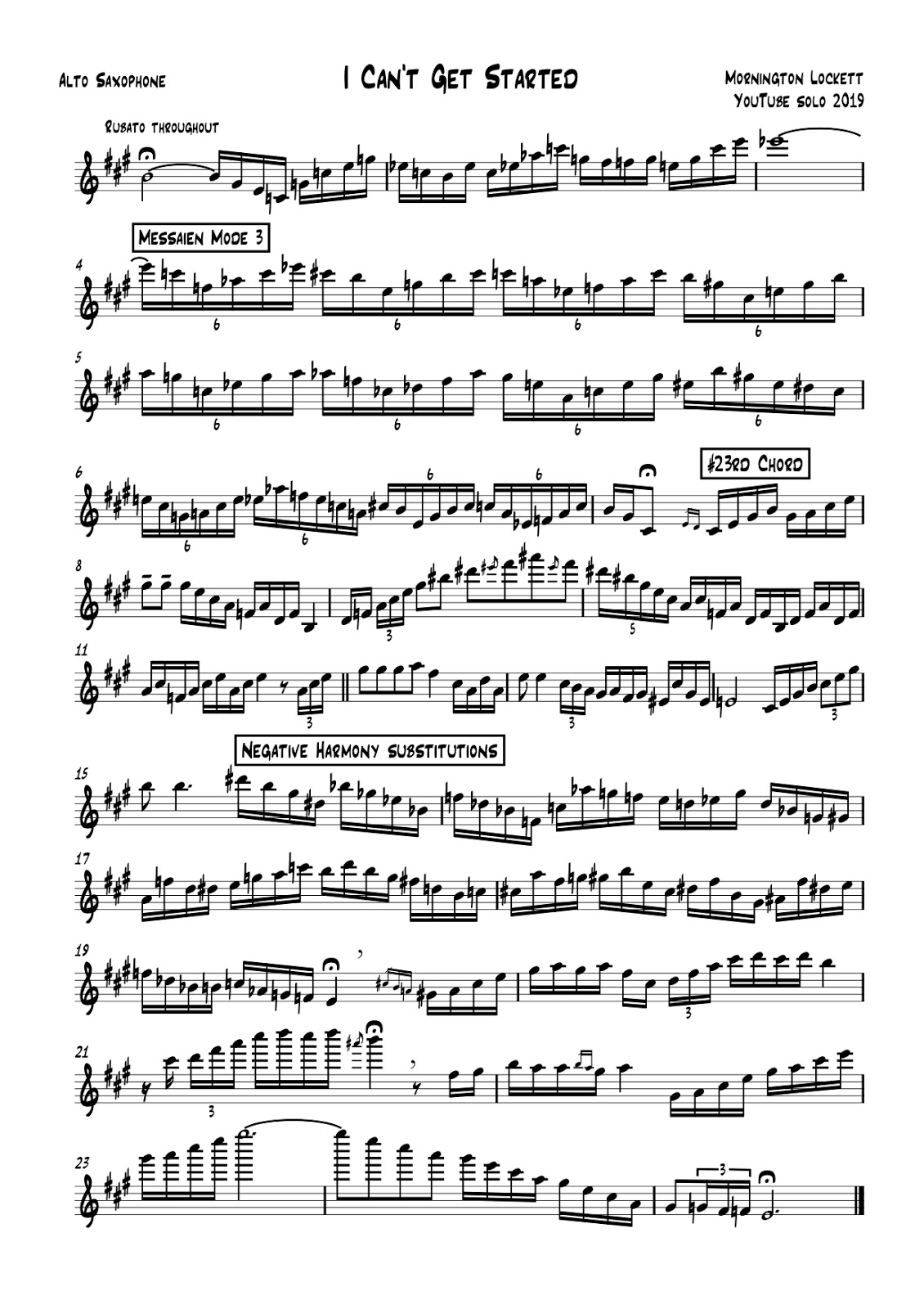 Posted by Mornington Lockett at 05:51